We are extremely fortunate to have the following team of skilled and experienced examiners representing the Asia Pacific Dance Association.

These talented professionals not only grade examination candidates, they also make valuable contributions to the choreography and direction of the APDA syllabi. 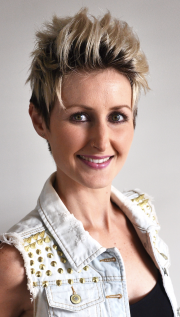 Amber is the Head Choreographer and Examiner for the APDA Urban Ignition Hip Hop Dance Syllabus.

She continues to contribute her choreographic ideas for the ongoing updates of this syllabi.

Amber has been a senior examiner for the Asia Pacific Dance Association since 2010, and examines and grades students for many genres across the APDA curriculum.

Amber has 20 years of teaching experience behind her.  She trained extensively in R.A.D Classical Ballet, under the tutelage of Diane Logan.  Amber began teaching from age 16 in her home town of Gisborne, preparing students for both dance examinations, and competitive dance.

Amber found a passion for Hip Hop dance, which began when she joined Zion.  As a founding member of the dance crew based in Christchurch in 2001, she has since become a respected hip hop dancer, teacher, examiner and choreographer, and dedicates herself to making dance as infectious as possibe.

Amber attended Excel School of Performing Arts in Auckland and gained the top dancer award in 2004.

Amber thrives on seeing dancers develop their passion for dance.  She encourages a standard of excellence of all abilities, and prides herself in achieving the potential of each individual to help them succeed throughout their dancing journey.

Anita was born and dance-trained in Townsville, Australia, attaining Honours for her Advanced Royal Academy of Dance (RAD) exam.  Intending to follow a career in Health, but wanting to fulfil her urge to perform, she accepted a short dance contract in Asia and hasn't looked back! After performing in Thailand, Japan, and on the Sydney Showboat in Australia, she then went on to dance on Cruise Ships in America and Europe, at the Moulin Rouge in Paris, and in Musical Theatre including the role of Lorraine in ‘42nd Street’, Germany.  She has toured Finland with Anneli Sari, and has featured in galas in Milan, Martinique, and Bahrain to name a few.

She holds an Honours degree in Occupational Therapy, and has clinical experience in working with children with learning difficulties and developmental disabilities. She completed her Yoga Instructor Certification with Triyoga in London, is a ballet, jazz and contemporary examiner for Asia Pacific Dance Association, and an Xtend Barre instructor. She believes in the multi-faceted benefits of learning dancing and urges students to follow the challenging but thoroughly worthwhile path of dance in whatever way they choose.

Claire qualified as a dance teacher in 2012, and followed it by training professionally in dance performance in Australia. She completed her Certificate IV in Elite Dance Performance at Village in Sydney, followed by a Diploma in Musical Theatre.

Since graduating, Claire has performed in several musicals including Nine, Mamma Mia & We Will Rock You. In 2018 she took part in the Christchurch International Summer School Emerging Professionals Program, where she had the privilege of personal mentorship from Jonathan Groff.

Claire has also worked as a choreographer & was nominated for her choreographic work on the musical Rent, receiving nominations for both the NAPTA and ACTT awards in 2018. “ 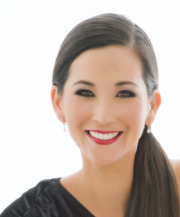 Corinne is the Founder and Director of the Asia Pacific Dance Association.

In 1999 she achieved her Solo Seal in Jazz Dance and was awarded the Mary Evers Memorial Scholarship from the American Jazz Dance Affiliation.

Having taught from the age of 13 years, Corinne choreographed and performed in musicals from 15. She danced commercially in companies, theatre, TVCs, music videos and choreographed for full-scale commercial dance and theatre productions.

Corinne established the "Victoria Phillips Academy" in Auckland in 1998 and was the principal and director of the Academy for 19 years.  Her former students include professional dancers in touring musicals, soloists in ballet companies, international hip hop crew competitors, choreographers, teachers, examiners and studio owners.

Eve began her dancing journey at the age of 4, where she was introduced to dance at Victoria Phillips Academy, under the tutelage of Corinne Yee. Throughout her student years Eve studied; Jazz, Commercial, Contemporary, Lyrical, Ballet Technique and Musical Theatre.

Alongside her examination and competition work, as a young dancer Eve was also drawn to the choreographic side of the industry. Eve began working as a dance teacher and choreographer in Auckland at the age of 15, and continues to pursue both across Australasia.

Eve is an examiner and contributing choreographer for APDA, having devised the commercial options for the JazzAddict syllabus. Eve works extensively as a choreographer, training her students for competition and performance work, and regularly hosting training workshops on both sides of the Tasman.

Lou lives in Invercargill, New Zealand, is married to Paul and has two adult daughters Whitney and Talia.

Lou is the Principal of 'Jazz Time Dance School' where she offers Jazz, Hip Hop, Contemporary, Musical Theatre and Ballet all under the APDA umbrella as well as Zumba classes.

Lou has been teaching dance from the age of 14 when she  started her own school, predominantly teaching ballet. Taking a small break to have her family, her passion for dance remained strong so she started 'Jazz Time' over 18 years ago.

'Jazz Time' focuses on the enjoyment of dance with a "have a go" philosophy. The studio believes in exposing students to a variety of choreographers and styles.  As part of this philosphy, Lou brings tutors from around New Zealand and overseas to teach southern dancers.

'Jazz Time' is affiliated to a Hong Kong dance studio and offers students the opportunity to travel to Hong Kong to participate in classes as well as perform at Hong Kong Disneyland.

Lou is a valued senior examiner of the Asia Pacific Dance Association (APDA).  She enjoys the experience of visiting studios and grading dance students.

Dance is a huge part of Lou's life and she is inspiring to all those around her with her contagious energy, kind encouragement and valuable experience.

Nicole trained for 10 years under the tutelage of Corinne Yee in several disciplines as a dancer, teacher and examiner.

She achieved Honours with Distinction and Top Mark in Australasia in several of these examinations.  Nicole was a successful competitor on the competition circuit for many years.

In 2016, Nicole moved to Sydney to complete a Cert IV in Dance at Brent Street Studios, where she was trained by a number of industry professionals. She now remains in Sydney and is competing for the University of New South Wales dance team, in which she is a reigning National Champion two years running.

Nicole has been a long term demonstrator on the APDA teacher training videos.

Olivia Tennet is the choreographer and Head Examiner of Tap Evolution, the Asia Pacific Dance Association (APDA) tap syllabus.  She is also a contributing choreographer to Jazzaddict and Encore Theatre Dance syllabi.

Olivia has been performing professionally in NZ for 20 years, after landing her first role at the age of seven in ‘XENA: WARRIOR PRINCESS’. She has since appeared in various TV and film productions including, ‘LORD OF THE RINGS,’ ‘WHY DOES LOVE?’, ‘WHEN WE GO TO WAR’, POWER RANGERS: RPM’, ‘BROKENWOOD MYSTERIES’ and three seasons of the hit Australian show ‘800 WORDS’. Liv’s theatre credits include the “360” (Theatre Stampede), “MR BURNS” and ‘THE BOOK OF EVERYTHING’ (Silo Theatre), “GUYS AND DOLLS”, “STEPPING OUT” (ATC), as well as playing the lead role in the original musical “PLEASUREDOME”.

Liv’s choreography credits include music videos for the bands THE MILTONES and THE NAKED AND FAMOUS, the musical “THAT BLOODY WOMAN” for ATC and most recently, as choreographer on “MR BURNS” and “SHORTLAND STREET THE MUSICAL”.

Liv has gained her final Solo Seal qualifications in tap and jazz, both with Honours with Distinction. While training with Corinne Yee she was awarded the top marks in Australasia for four consecutive years.  Liv is trained in jazz, ballet, tap, musical theatre, contemporary and hip hop.

Liv is also currently in her 5th year at the University of Auckland, studying for a masters in Speech Language Therapy. 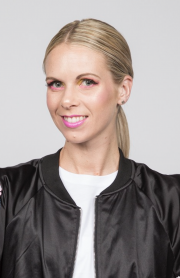 Rebecca began dancing at age three and spent the next 15 years training in jazz, ballet and hip hop.

Rebecca found her love for Hip Hop and Street Dance at the Excel School of Performing Arts where she gained a diploma in Dance and Performance.  During her second year with Excel she toured around New Zealand with a team of 20 young adults.

In 2010 Rebecca opened her own studio, Rebecca Gray Dance in central Auckland.  Rebecca offers Jazz, Hip Hop and Acro classes to all ages and follows the Urban Ignition and Jazz Addict syllabus.  A number of Rebecca’s Urban Ignition exam students have received scholarships over the past three years. 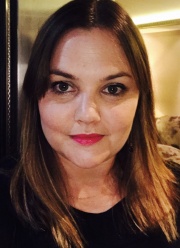 Tammy trained as a child with Fay Harbottle in ballet, jazz and tap for 14 years and in Trinity College Speech and Drama with Kate Kelway.  Tammy was fortunate enough to gain a place to dance with the Royal New Zealand Ballet as a child.  She completed her major examinations in RAD ballet.  After the completion of an English and Media double major degree from Waikato University, Tammy continued her performing arts training in Auckland.  She also completed her ATCL Speech and Drama Trinity College Teacher examinations at this time.

Following her training Tammy began teaching full-time at various schools in Auckkland before establishing her own studio in Matamata, 'Aspire Arts Academy'.

Tammy is a senior examiner for APDA and has been examing for over 15 years.

Tammy's passion is instil and inspire performing arts excellence in students alongside encouraging self confidence through the arts.  Her aim is to see potential realised in students of all abilities and to train teachers to realise the depth of potential in every student.

Tammy is married to Aaron and has two daugthers.

Tim began dancing at the age of five and has been trained in Jazz, Ballet, Hip Hop, Musical Theatre, Tap and Contemporary.

He has completed the JazzAddict syllabus to Solo Seal and is now a teacher, choreographer and examiner for the APDA syllabus.  Tim has also regularly performed as a demonstrator on teacher training videos and as workshop instructor for APDA.

In 2014 he completed a Cert IV in Dance at Brent Street Studios in Sydney where he had the privilege to work with industry professionals.

Tim enjoys sharing his passion for dance and hopes to instil that same passion in his students. 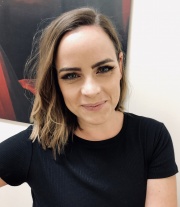 Victoria began her dance training in New Zealand at the age of four.  Her love and passion for ballet took her to national dance competitions and performances throughout her time as a student.

Victoria studied at Auckland University of Technology and holds a Bachelor of Dance as well as RAD RTS, and APDA teaching qualifications. Upon leaving university, she taught at studios in Auckland, and danced as an NRL cheerleader for the NZ Warriors for a number of years before relocating to Perth, where she has been teaching the APDA Jazz, Ballet and Contemporary syllabi full time, and has contributed choreography for the La Beauté syllabus.

Victoria loves seeing dancers achieve their goals, and believes examinations are a valuable tool to improve their confidence and self esteem by recognising their hard work. 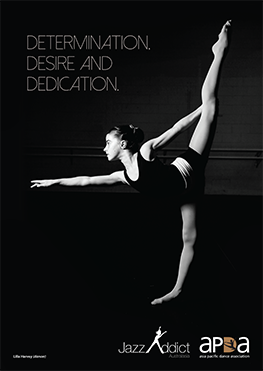 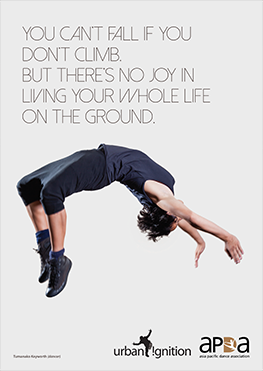 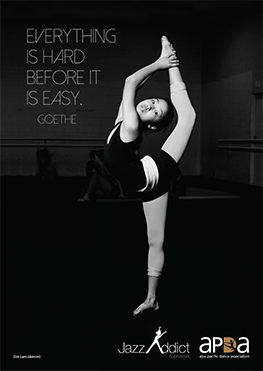 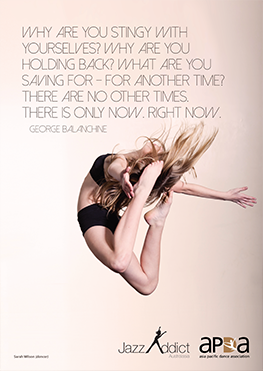 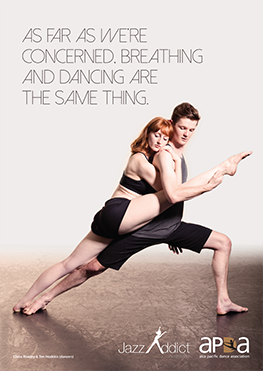